Daniel Makuakane (1922-1997) and Lydia Ah Hee Makuakane (1924- ) were born in the district of Puna, Island of Hawai‘i, to Hawaiian-speaking parents who lived traditional subsistence lifestyles. Before Lydia was a week old, her paternal grandmother—Leialoha Waipa Ah Hee—took Lydia in hānai fashion to live with her in Kapa‘ahu, Puna. Lydia lived in Kapa‘ahu until age 17 years old, speaking Hawaiian exclusively at home and with her ‘ohana throughout Puna. Although Daniel was not as fluent in Hawaiian as Lydia, they always spoke Hawaiian to each other and with their relatives. They also took great pride in conserving and cultivating Hawaiian plants, especially maile. Native practitioners and UH scientists alike, regularly consulted with Daniel about his specialized techniques in growing this endangered plant. Like the maile, which was threatened with extinction if not cultivated properly, Daniel and Lydia knew that ‘ōlelo Hawai‘i would suffer the same fate if not given special care and attention. Daniel even claimed that his maile plants were healthy and grew abundantly because he and Lydia spoke to them in Hawaiian! 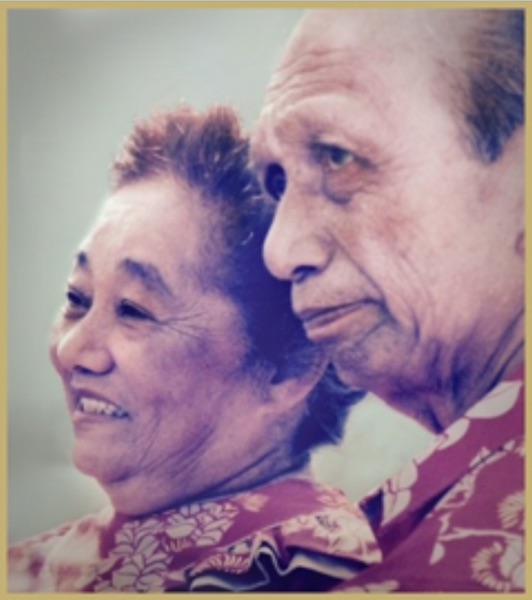 In 1985, after the Pūnana Leo ‘o Hilo was established, Daniel and Lydia took an active role in their youngest grandson’s Hawaiian language education. Just as her grandmother was for her, Lydia was the primary caregiver and language resource for her grandson until he graduated from Ke Kula ‘o Nāwahīokalani‘ōpu‘u in 2001.

Following her grandson’s graduation from UH Hilo, Lydia agreed to serve as mānaleo (native speaker) for Hawaiian language students at UH Hilo Ka Haka ‘Ula O Ke‘elikōlani College of Hawaiian Language. For the groundbreaking ceremony of Hale‘ōlelo in February 2012, Lydia was given the honor of putting the ‘ō‘ō into the ground at the site of the piko. At the blessing of Hale‘ōlelo in January 2014, Lydia was once again honored when her great-grandson, a Pūnana Leo ‘o Hilo student, welcomed the guests in ‘ōlelo Hawai‘i.

Reason for the Gift

This endowment was established in 2015 by the family of Daniel and Lydia Makuakane to honor their parents for their contributions to the preservation and perpetuation of Hawaiian language and cultural practices. The endowment is intended to help increase the number and proficiency of Hawaiian speakers. It will support eligible undergraduate and graduate students enrolled in Ka Haka ‘Ula o Ke‘elikōlani College of Hawaiian Language at the University of Hawai‘i at Hilo.

Return to the Scholarship Homepage.